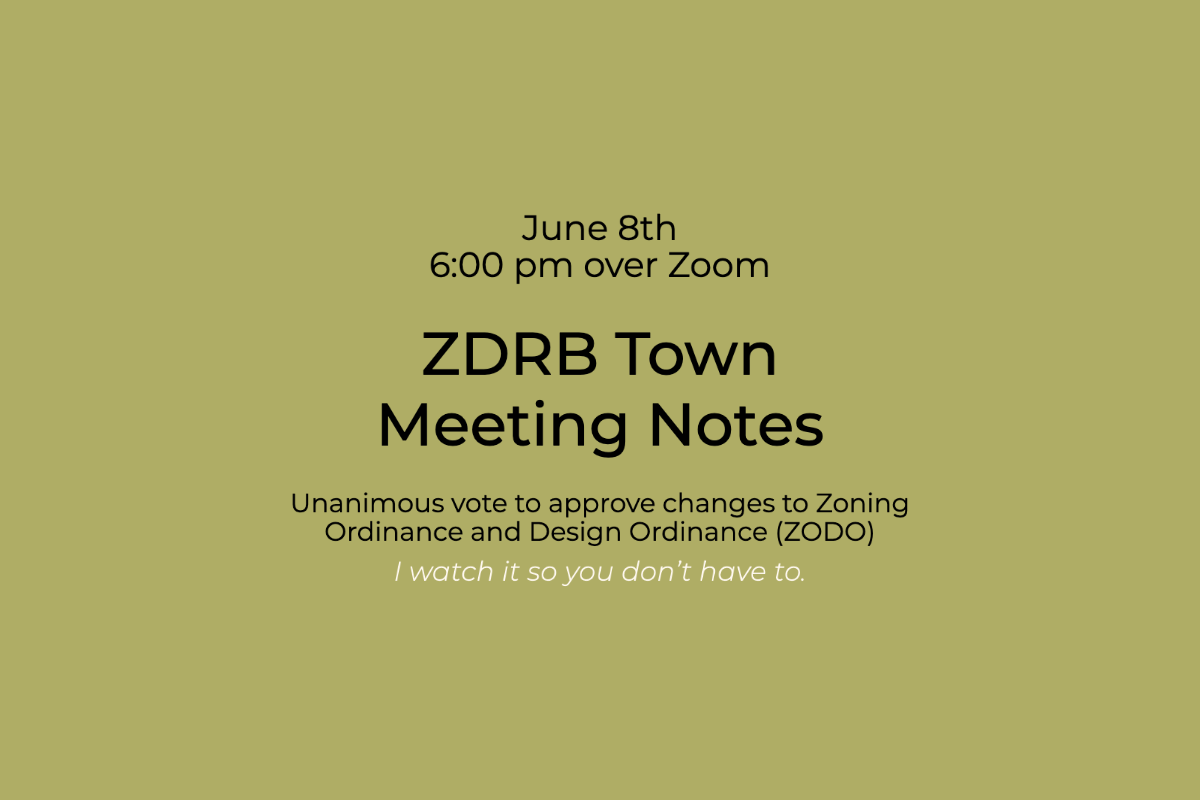 Two commissioners on the Zoning Design & Review Board (ZDRB) have been working overtime for seven months. ZODO Ad Hoc members Kim Cooke and Steven Miller have been working with two members from the Town Council to update the zoning ordinance and design ordinance. After 11 meetings, they brought Phase 2 of the changes to review before the entire ZDRB commissioners. Phase 1 was implanted in April last year after the General Plan update to make the ZODO consistent with the General Plan. Phase 2 plans to be complete by July 2021, with final adoption by the Council in September.

The goal is to consolidate Title 17 of Zoning and Title 18 of Design and create a one stop shop for those wanting information for building and design.

As Mr. Brown noted, it is very important that the design standards be objective, so quantifiable and unambiguous. They want to remove subjectivity and create objective standards.

The changes were accepted with a unanimous vote and will to the Council. See the underline strikeout version and the clean version. You can also see the agenda and watch the full meeting.