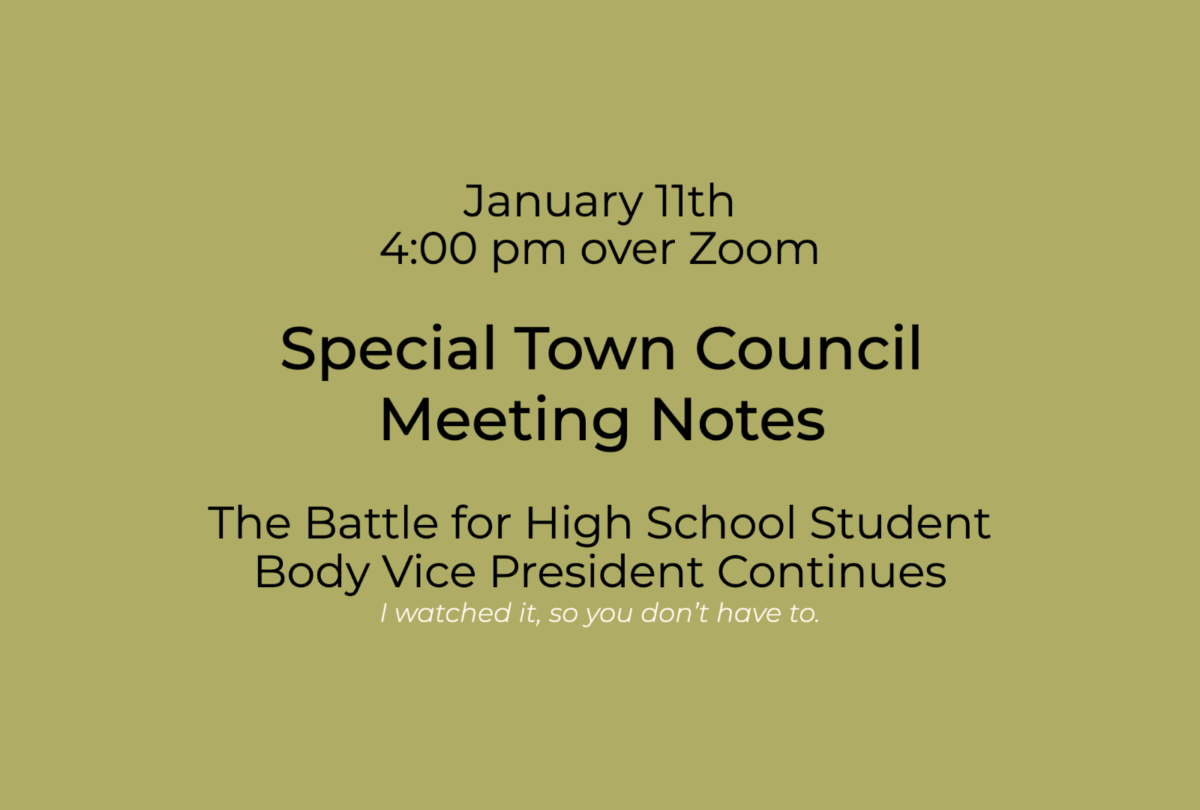 As I watched the Town council meeting Tuesday night, I was immediately reminded of two of my favorite movies about high school life, Election and Mean Girls. I usually like to go in the progression of how the meeting plays out, so you get a feel for the interactions and process, but in the case of the Vice Mayor selection, the folly of it all should be delegated to the end of this post.

The critical action to come out of Tuesday’s special meeting was the unanimous decision of the Council to utilize the appointment process to fill its empty seat. Here are the important dates:

Prospective candidates can find an application for the Council position on the Town of Yountville website. The online application will allow for downloading any additional documents that the prospective Council member wants to include; resume and the like. As is a “perk” of holding public office, all documents will be a part of the public domain.

Town Manager, Steven Rogers, is happy to assist with any candidate orientation. He stated he could meet and/or talk with anyone interested in the Council seat and help them better understand the application process and the day-to-day realities of local government. Reach out to him directly, srogers@yville.com. The Town’s new Clerk, Eddy Gomez, can also be a resource for all things election-related, egomez@yville.com.

The interview process for the next Council member will take place in a public meeting for the community to watch and make a public comment. With Zoom Town Council meetings, the public can send in remarks ahead of time or make comments during the Zoom meeting.

Don’t forget, we will see the Mayor’s seat available for the November 2022 election and two Council seats. The person appointed on February 1, if they desire to hold the seat past December 1, will need to campaign Town-wide and win an election.

Now we return to the start of the meeting, item 9 A. Consideration of appointment of a Council Member to Vice Mayor position to complete the remainder of existing Vice Mayor’s term. I can say with all certainty, Councilmember Dorenbecher and Knight have never been more prepared for an agenda item than Item 9 A. this evening.

After Manager Rogers and Town Attorney Gary Bell reminded us that Town Protocols and the municipal ordinance state that the position of Vice Mayor be filled as soon as practical, Mayor John Dunbar went straight into his recommendation for the position. He stated, “Seems it has become contentious, more of a popularity contest than the person best suited and experienced and appropriate to take over if I am absent.” So his recommendation was Councilmember Margie Mohler to finish the Vice Mayor term that will expire at the end of November. He touched on her time on the Council and her work with various committees as reinforcing his decision to have Mohler be Vice Mayor. Dunbar made the motion, and Mohler seconded the motion and she stated she would be honored to step in and willing and able to do so.

Councilmember Knight then quickly commented that he,  “… listened to the July 2016 meeting where the last time this did occur and, will all due respect, would make a substitution motion to appoint Councilmember Dorenbecher as Vice Mayor.” Dorenbecher quickly unmuted and said, “I would like to second it, but first I would like to make a statement, please.”

As Councilmember Dorenbecher read her prepared statement, correct; she prepared a statement for the opportunity to have the title of Vice Mayor again. Because in her words, “…the residents of this Town are my first priority.” Also, she told us she attended gallery openings and Music in the Park. But apparently more important than music and art is the fact that “I cannot step aside, I believe our residents need respect and understanding because of change and these difficult times” and “…so I can support in turn the friends and neighbors through [this] challenging year.” She said many of the public had shared this need with her.

I will remind you that the title is Vice Mayor; you step in when the Mayor is gone. That’s it. You don’t get extra powers. You don’t get more pay. No additional committees. You still only get one vote. Sure, it’s another line on your Linkedin profile. You should still make the residents a priority as a Councilmember. You should still support friends and neighbors as a Councilmember. Her prepared statement specifically calls out a need for respect and understanding. “Difficult times?” “Challenging year?” Sounds to me like there should be some serious discussion about this. The Vice Mayor title does not make that happen; actions do.

Two motions were made, and both motions ended in a 2 -2 tie. You can figure out who voted for whom. The substitute motion was voted on first and then the original motion. With this, Mayor Dunbar said that the Council was clearly deadlocked and that the replacement of the Vice Mayor’s agenda item would continue to a future meeting with a full Council. Prepped and prepared, Councilmember Knight quickly asked if this was a motion to table? There was confusion between continue and table. There was so much confusion or possibly not hearing the answer he wanted, in fact, that Knight asked the same question again immediately after Mayor Dunbar and Town Attorney Bell clarified the points.

The Town Attorney again, explained his answers. For those wanting to get in on the know-how of a Council meeting: a motion to table would prevent the agenda item from coming up again, and continuing an item moves the item to a future meeting. No action was taken so the agenda item could be continued. The 2 -2 votes are the same as no action. The Mayor again continued the item to a future Council meeting.

And like that, the high school popularity contest continues. Even public comment for the Vice Mayor replacement spoke of the fact that Councilmember Dorenbecher should be Vice Mayor because,”…she presents a good image.” Qualifications and experience be damned.

Watch Election and Mean Girls before the February 1 Yountville Town Council meeting. Your extra credit for the next meetings.

Oh Jeff couldn’t wait for your “take” on the preparation the 2 councillors had including prepared statements Would that they did “as much research”on other more important issues thru the year!! Mean boys n girls!!! Like who gets the most Valentines❤️